WWViews on Biodiversity in CHINA

The STATE KEY LABORATORY OF VEGETATION AND ENVIRONMENTAL CHANGE is the national organiser of the WWViews day in CHINA.

The State Key Laboratory of Vegetation and Environmental Change (Institute of Botany, Chinese Academy of Sciences) was developed from the Chinese Academy of Sciences (CAS)’ Open Laboratory for Vegetation Numerical Ecology, which was founded in November 1989. The lab entered the CAS’ key laboratory in 2002 and was renamed as the CAS’ Key Laboratory of Vegetation & Environmental Change in 2006. The lab was approved for construction as the state key laboratory in October, 2007.

At present, the lab conducts more than 150 projects including the National 973 Program for Basic Research and projects funded by the National Natural Science Foundation of China. Since October 2007, the lab’s scientists have published a total of 259 research papers, including 153 cited by the SCI. The lab has made a series of achievements including the following: establishment of a sampling belt for detecting global change on forest-grassland in northeast China; understanding the mechanism of ecological stability in north China’s ecotonal communities between pasturelands and farming areas and, in addition, introducing a model for their adaptive management; establishment of a forest biodiversity monitoring network and initial revelation of biodiversity change and maintenance mechanism in sub-tropical forest ecosystems; interpretation of plants adaptive countermeasures and mechanisms in response to surrounding changes in arid and semi-arid areas; and compilation of the national vegetation charts (1:1000000). The lab is in an important status in research of bio-diversity and global change ecology. It plays a leading role in research of Chinese vegetation and vegetation charts and pastureland ecology.

At present, there are 91 researchers and staffs at the lab, including two CAS members, five winners of the National Funds for Outstanding Youngsters, and seven researchers within the CAS-hosted One Hundred Talent Program. The lab currently has 170 graduate students.

The lab has established communication and collaboration with universities and organizations in more than 20 countries including USA, Germany, Canada, Japan, Switzerland, France, Netherlands etc. Many of the field ecological stations have playing an important part in science research, science popularization and summer camping about ecology conservation and bio-diversity.

With the support of the Chinese Academy of Sciences and the affiliated institution, the Institute of Botany of the CAS, the lab will continue to make progress in its own research direction. The lab will take active part in research frontiers at the international stage and will organize major scientific research projects. The goal of the lab is to make important contributions to the disciplines and produce competent research teams and world-renowned scholars. The lab is making every effort to develop into a top-ranking lab in the international community.

The citizen consultation on international biodiversity politics in CHINA will take place on September 15th at THE INSTITUTE OF BOTANY, CHINESE ACADEMY OF SCIENCES in BEIJING.

THE INSTITUTE OF BOTANY, CHINESE ACADEMY OF SCIENCES

The Biodiversity Committee of the Chinese Academy of Sciences Find more photos from the citizen meeting in China on Flickr

How were potential participants found?

The notice of this WWViews event was put online at some internet forums. People got this information and registered with us. We also disseminated this news among friends to see if they can recommend persons who were eligible to participate.

How were the participants for the citizen meeting selected?

We chose participants by ages, area, ethnic minorities and took consideration of their education and occupation. We made a balanced list that could represent Chinese people all over China. 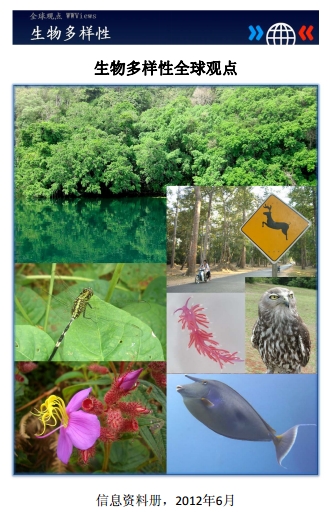