THE NATIONAL CENTRE FOR TECHNOLOGY MANAGEMENT

(An Agency of the Federal Ministry of Science and Technology)

The National Centre for Technology Management (NACETEM) is the national organiser of the WWViews day in Nigeria.

NACETEM is an Agency of the Federal Ministry of Science and Technology vested with the mandate of conducting policy research and training in Science, Technology and Innovation (STI) Management.  The Centre was established by the Federal Government of Nigeria following of a recommendation of the Second Conference of Ministers responsible for the application of Science and Technology to development in Africa (CASTAFRICA II) that was held in Arusha, Tanzania in 1987 under the UNESCO initiative.  The conference called for the development of and harmonisation of human resources needed to promote, project and propagate technology management in Africa.

The Centre was established in September 1992 and started operations in January 1993 as the Science and Technology (S&T) Policy Research and Training Centre under the National Planning Commission and later transferred to the Federal Ministry of Science and Technology (FMST).  NACETEM was sited at the Obafemi Awolowo University (OAU), Ile-Ife, to enable her leverage on the abundant human resources available at the university, especially in Technology Management.

The Vision of NACETEM is “to be an internationally recognised centre of excellence in science, technology and innovation management for sustainable development”, while her Mission is to “to play a leading role in the build-up of expertise for effective management of science, technology and innovation and to actively engage in policy research, design, evaluation and review”

NACETEM has the following six-point Mandates:

Since inception, NACETEM had been providing knowledge support in STI Management to all tiers of government and the organized private sector in Nigeria.  Management of STI is concerned with the planning, development, application and diffusion of technology and its impacts on the social, economic, cultural political and geographical environment of a nation, constitutes the software component of the nation’s STI endeavours.

In the discharge of her mandates, the Centre approaches her activities through capacity building, policy-oriented research and consultancy services.

NACETEM has over 240 full-time staff with over 50 external resource associates (including 10 professors).  The in-house research/technical staff, which are at the core of the Agency’s activities, include 8 Ph.D. and 15 M.Sc. degrees holders.

The National Centre for Technology Management (NACETEM) is an agency of the Federal Ministry of Science and Technology.  The Agency conducts Science, Technology and Innovation (STI) Policy studies and organizes training in STI Management. 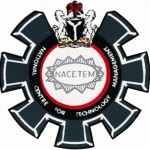 The National Centre for Technology Management Find more photos from the citizen meeting in Nigeria on Flickr