The Saint Lucia National Trust (SLNT) was established in 1975 specifically to preserve buildings, objects of historic and architectural interest and areas of natural beauty together with their animal and plant life, for present and future generations. 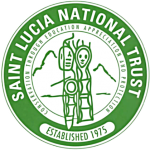 The citizen consultation on international biodiversity politics in Saint Lucia will take place on September 15th at the Palmville Conference Room at Coco Resorts in Rodney Bay. In order to contact potential participants, the following strategies were used:

Invitation letters were sent to approximately 1500 citizens/groups in Saint Lucia with a call to take part in the WWViews on Biodiversity meeting on September 15, 2012. Addresses/emails were provided by the local directory and the Saint Lucia National Trust database and allowed a diverse selection of citizens.

The Caribbean Youth Environment Network (CYEN) Saint Lucia, a regional network and the Sustainable Development and Environment Division were also used to spread the word.

Additionally, the citizen meeting was advertized on various media like Helen Television System, Radio Caribbean International, Rhythm Fm, Blazin FM, the Voice Newspaper and the Star Newspaper. Press Releases were also disseminated to both print and electronic media, which resulted in follow up interviews which were published and aired on several newscasts/newspaper. We also advertized the event on our website and facebook page and flyers were also placed in a few locations with high traffic, for example the Pigeon Island National Landmark.

In order to make the results comparable, the participating citizens of the WWViews meeting around the world were seleceted according to the same set of criteria.

The citizens were invited to join the meeting and out of those who signed up for the event, about 120 were selected according to certain parameters aiming to reflect the distribution of the general population. The main parameters used for the selection were age, geneder, residence, education level and occupation.